Skip to content
The weather and air was quite humid on the way back home. Usually, I got home exhausted from the all the work I did during the day, the ride around the city, not to mention the scary daily ride to my house. Things were going as normal as it should be. The crispy night and the usual drug-sniffing done by some young male villagers…

The clock ticked 8 o’clock but my sisters had not come back yet. Planning to go see the magician as needed by my mother, I might have had to go without them. I was feeling rather nervous inside my stomach. There were butterflies in it. 🙂 I knew I didn’t want to waste my time listening to baloney. I needed no more to think about for another night. Come rain or shine, I wanted to believe that it was not going to affect my mind and my future.

The day before, my mother told me that Saturday was the luckiest day that could bring me good luck forever only if I met the old man. Of course, I didn’t want things to get on my way or hold me back on the day since I figured out it was no loss to go.

My sisters arrived and off we went. I knew I was a kind of person who didn’t want to believe such a supernatural thing too easily. For that reason, I didn’t either want to be cheated by anybody including a fortune teller or someone who claims they can see the future. Who cares if you can see my future? That’s not going to change me for certain. It didn’t take us so long to get to the house of the magician man. Right then, we reached the house and there’s nothing to hide, I felt bored and grew sick of my mom’s belief. What took me to be here? What was the magician going to do to me? Test my soul or patience?

His house was a normal stone house in Cambodia, with the ground and first floors. Obviously, I would never be granted a right to go up to his room though I begged him. Well, I’m not usually curious but this matter drew my whole attention. The surroundings around the house were not very different from others except there were two big bas-reliefs of Diva Gods on the wall downstairs.

The man greeted us with smiles. He was my mother’s best consultant. I was far too irritated when I knew my mom asked him for some advice on a fortunate date to buy a bike for my youngest sister. What?? I asked her, “Did you need to consult him when you wanted to purchase a bike?” She told me to shut up and let her do it her way (Piss off). I knew she felt secure about doing anything owing to his magical advice. But not for me.

He led us to his nearby magic tiny room. I don’t want to criticize his room here. It may take a blog to contribute to the description of his precious room. His room looked like it had never been rinsed or cleaned or spring-cleaned for years. It was intentionally kept the same way. Probably cleaning would take away the magic power, I was told. It was not my first time to be in that room. My sisters asked me to accompany them here months ago. Inside the room were many divine tools and symbols. I spotted an impressive big container filled with sand and thousands burnt incenses. You know that usually an incense burns not to the end, but right off the fragrant yellow substance, leaving red debris. It wasn’t a room healthy enough to live in. There was dirt and dust every where. “Gosh, how could he live and sleep here?” I thought. A two-metre area of the room was used as his bedroom. Mind you, his pillow looked like it was 20 years old. Not a room a hygienist wants to spend a minute in. 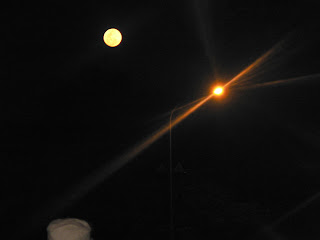 My sisters and I came in, following the magician. He asked us to sit down, as a common social hospitality. He handed me a small plastic bag. He said he wanted to test my luck and so-called power. Why did he pick me? There were two waist strings in the bag. Let’s stop a bit to talk about what “waist strings” Cambodian people don. I can’t remember how many times I have told my mother never to force me to wear it. I hated wearing it on my waist. It’s not for beauty but good luck, my mother said. As a rule, young Cambodians over 18 years old begin to wear it at the request of their parents. I’m wondering how many years to come this unreasonable belief will be abolished. I was told there was no loss in wearing that.

Talking about me, I was exhausted, no emotional room for the funny trick he was going to give me. He ordered me to pick one out of the plastic me. The condition he told was that if I picked the one that had my name on, it meant I was a lucky girl. If I picked the wrong one, my luck was simple. Yeah!! He handed it to me. I picked one! The right one!!! He opened his eyes bigger and stared at me. I felt like I wanted to laugh at this old man. How could such a lottery-like thing determine my future luck? He explained that I came to him on the right day. It was the day that would bring me good luck forever. Yuck!!

Holding the waist strings and closing his eyes, he later chanted whatever my sisters and I could not understand. It was all Greek to me. 😀 We took turn to sit folding our legs in front of him. He used three sticks of incense dipped into honey to circle my forehead saying the funny things again!!! Well, I let him do all this work.

At one point, I kept laughing at his remark that I would marry before my older sister. More than that, he told me that I was a clever girl after I told him my education background. He said to me, “A girl born in the year of Hare like me is usually smart. I am right, you see?” So ridiculous he was bragging about his special power.

How many Cambodians are dependent on or turn to people like him to help decide their own desnity? We are living our own lives, aren’t we? We need reason and conscience to judge what is right and wrong, according to the Universal Declaration of basic human rights. Superficiality is just a kind of power which can’t be trusted. It happens and does not happen. Nobody knows it for sure. Considering the earth as a whole, we should realize that every human being is vulnerable and immortal. How can one claim that he/she has the power to see other people’s lives when they can’t see through their own? Everyone is equal and has the same power to make change to what is happening.

3 thoughts on “My Journey to Khmer Traditional Magician”