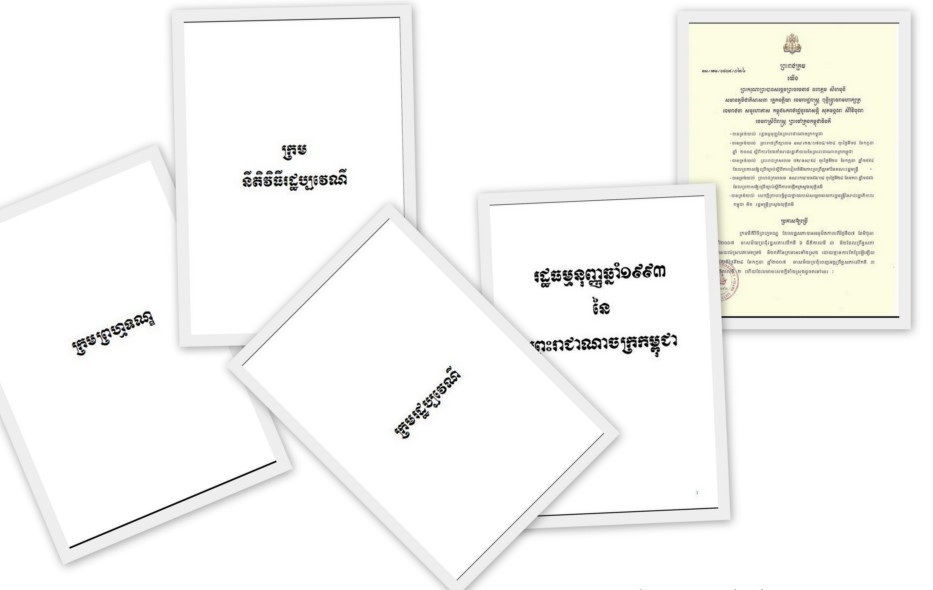 After reading this oath, I thought that the witness would be left feeling scared shitless and wouldn’t dare to even think. =) So, I’ve been to a court before, and I’ve seen how judges, prosecutors and lawyers make their own points in the courts but never a witness take an oath.
I found this while my colleagues and I were discussing the Khmer Rouge tribunal’switness’s oath. I would really love to share this, and would be glad to hear comments about this Witness’ Oath.
Before beginning the oath, the person taking the oath shall light a candle and incense sticks in worship of the sacred object upon with that oath is to be taken. Next, the Greffier shall clearly read aloud the Introductory Statement for the person taking the oath, and then read The Oath for the person taking the oath to repeat…
Introductory Statement
May all the guardian angels, forest guardians, and powerful sacred spirits of Preah Ang Dang Kae, Preah Ang Krapum Chouk, Preah Ang Svet Chhat, Preah Ang Chek, Preah Ang Cham, Nakta Khlang Moeung, Nakta Khrahamka, Lokta Dambang Dek, Lokta Dambang Kra Nhoung, Lok Yeay Tep, Preah Ang Vihea Suor, Preah Ang Preah Chiviwat Baray and Preah Ang Wat Phnom Khleng come forward to preside over this swearing ceremony, since the parties to this matter are in dispute and have alleged that witnesses personally know, have seen, have heard, and have recalled, and the law required bringing these people to serve as witnesses and to give truthful and accurate testimony.
Should anyone answer untruthfully about what they know, have seen, have heard, and remember, may all the guardian angels, forest guardians, Yeay Tep and powerful sacred spirits utterly and without mercy destroy them, and bestow upon them a miserable and violent death by means of bullets, electricity, lightning, tiger bites, and snake strikes, and in their future reincarnation separate them from their parents, siblings, children, and grandchildren, impoverish them, and subject them to miseries for 500 reincarnations.
Anyone testifying truthfully without evasion, without lying, without bias because of bloodline, without collusion arising from fear, hatred, material greed, or having taken bribes, may all the guardian angels, forest guardians, Yeah Tep and powerful sacred spirits in the world assist them in long life, good health, and abundance of material possessions and having respectful and loving families until future reincarnation, encountering only good deeds, progress, prosperity and flourish, in accordance with their aspirations.
The Oath
I will answer only the truth, in accordance with what I have personally seen, heard, know, and remember.
If I answer falsely on any issue, may all the guardian angels, forest guardians and powerful sacred spirits destroy me, may my material possessions be destroyed, and may I die a miserable and violent death. But, if I answer truthfully, may the sacred spirits assist me in having abundant material possession and living in peace and happiness along with my family and relatives forever, in all my reincarnations.