Cigarette Tax is Regressive:  The Seen and the Unseen 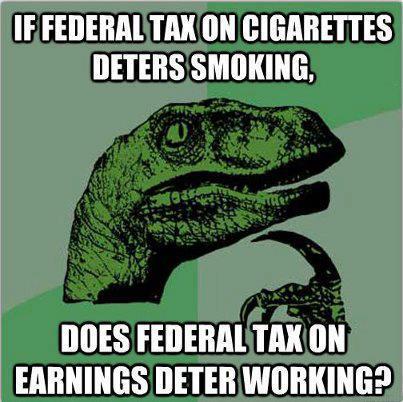 Dear Editor,
It is with mild consternation that I write to you regarding a news report entitled “Higher taxes, healthier kids: study” published in your newspaper on 26 November 2013.  The article quotes a study conducted by the World Bank that drips with conventional wisdom as it recommends “strong enforcement mechanisms” such as a hike in cigarette tax to counter smoking along with other “risky behaviours” in Cambodia.
Even if we, in our fatal conceit, disregard highly cherished notions around personal freedoms and individual responsibility, values which, the liberals amidst us regularly pay obeisance to, the regressive nature of cigarette taxation should qualify sufficient interest amongst the political class to requisition a more careful study on the short and long-term consequences of the proposed tax hike.
In the meantime, allow me to pontificate on a subject matter that I profess to know a few things about.  The cornerstone of any sensible public policy is the proper application of the principles that guide human action.  Frédéric Bastiat, a 19th century French political theorist, in his famous essay on the political economy called “What Is Seen And What Is Not Seen” wrote:

“In the economic sphere an act, a habit, an institution, a law produces not only one effect, but a series of effects.  Of these effects, the first alone is immediate; it appears simultaneously with its cause; it is seen.  The other effects emerge only subsequently; they are not seen; we are fortunate if we foresee them.”

“There is only one difference between a bad economist and a good one: the bad economist confines himself to the visible effect; the good economist takes into account both the effect that can be seen and those effects that must be foreseen.”

It is apparent that the author of the study quoted in the article is of the opinion that an increase in the price of the good will have the corresponding impact of reducing demand for the good in the market.  This is largely dependent on the price elasticity of demand for the product and the rate of taxation.  In my experience, products related to vices tend to have lower price elasticity.  This makes the cigarette tax a highly regressive form of taxation where the burden is greater when the amount subject to taxation is lower, as opposed to the progressive system of taxation.  Hence it is lower income groups, including the youth, who are more vulnerable to these hikes in sin taxes as they tend to smoke more and are also likely to allocate more of their financial resources towards the continuity of their habits rather than expending their means on essentials such as food, clothing, housing and healthcare, potentially putting severe strain on family finances and relationships.  The Seen is the immediate increase in prices, while the Unseen is the perverse effect on the lives of the poor and the young.
As demonstrated above, the Unseen consequences of market distortion can often fall afoul of the intended results of policy action.  In a similar vein, the application of a higher tax levy will not necessarily result in greater revenues for the state exchequer as the market will respond by driving the now (price) restricted activity underground begetting a black market rife with criminal activities – illegal manufacturing, adulteration, smuggling and other affiliated debaucheries – with the aim of provisioning a cheaper and often a lower-quality product for the masses. In my own country India, with its population of 1.2 billion and with cigarettes being priced at almost double the rates as in Cambodia, the consumption of tobacco continues unabated with over 275 million regular users and close to 1.5 million annual deaths being attributable to diseases caused through tobacco use.  The lower income groups respond to tax hikes by moving from cigarettes to cheaper alternatives such as unfiltered beedis and smokeless chewing tobacco which are more harmful than cigarettes, and in the process substantially lowering their life expectancy and raising healthcare costs for the future.  The Seen, in this case, is the expected rise in state revenue, the Unseen is the creation of an underground economy populated with criminals coupled with riskier behaviour between the lower income groups posing a threat to the social fabric of the country.

Our friends at the World Bank, who sit snugly in their ivory tower, disconnected from the realities of the developing world, seem to think that smokers deserve all the taxation they can get – and they deserve to get it nice and hard.  Not to be left far behind, the media tends to go along with the anti-tobacco crusaders and gets caught up in the cause.  Anyone who disagrees is a lackey and a stooge for Big Tobacco.
Extending help to the poor is one of the most important things we can do as a society.  But we do them no favours when we promote policies that lead to perpetuation of poverty and stigmatization of an entire class of people.  The solution is education, not social engineering.
Yours truly,
Anirudh Singh Bhati
B.Com, LL.B. (Hons.)